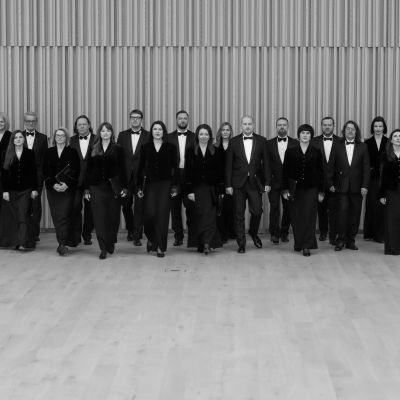 In the concert programme that will be performed in the Vézelay Sainte-Marie-Madeleine Abbey in France and the Lana di Sotto Parish Church in Italy, the Latvian Radio Choir will perform Anton Bruckner’s choir motets and Pyotr Tchaikovsky’s Liturgy of Saint John Chrysostom. Under the leadership of Sigvards Kļava, the Latvian Radio Choir has recorded these opuses with the recording label ONDINE, and both albums earned high international praise from prestigious periodicals like Gramophone, BBC Music Magazine, and others. The prominent French music periodical Classica named the unique recording of Bruckner’s motets one of its albums of the year.

Anton Bruckner was one of the greatest symphonic composers of the 19th century, a thinker of great scale and a religious misfit. The main focus of his body of work is usually his symphonic music, but his choir works are an equally important part of  his musical heritage. In his sacred choir motets, Bruckner reveals the catholic values, revelations of the sacred way, the relationship between the divine and the humanly sincere - all with a never ending movement towards light and enlightenment.

The idea of writing the grandiose liturgical composition  Liturgy of Saint John Chrysostom came to Pyotr Tchaikovsky while attending mass and letting himself take part in the special and indescribable atmosphere of the Orthodox church... In a letter to Nadezhda von Mech, the componist wrote “For me church has retained much of its poetic appeal. I frequently attend mass; the liturgy of Saint John Chrysostom is, in my opinion, one of the greatest of artistic creations. If one follows the service closely, considering the meaning of each of its rituals, then one cannot help but be moved by the spirit embodied by our Orthodox worship. It is no surprise that I decided to compose music for it!” Tchaikovsky is the author of the first complete rendition of the liturgy in music. Today it is hard to imagine that Tchaikovsky’s noble delicacy of emotions caused discontent in the clergy of the church of his time - in their opinion, the composer’s approach to the liturgical text was too personal. The warm and dignified musical language of the chants reveal Tchaikovsky as a composer that truly felt love and deep reverence for the tradition of his church.

Released under the recording label ONDINE, the Latvian Radio Choir and Sigvards Kļava’s album that also included the Liturgy of Saint John Chrysostom won the International Classical Music Award in 2020 as the best choir album of the year. The recording earned praise from such prestigious periodicals as Gramophone: “Kļava is utterly unafraid to choose very slow speeds for many of the sections of the work, but never once does he lose sight of the structure or let go of the dramatic tension which is so much a part of Tchaikovsky’s music, even his liturgical settings. The Latvian Radio Choir are superb in this repertoire.”

The programme also features the living Ukrainian classic Valentyn Silvestrov’s Prayer for Ukraine, which was written in 2014.