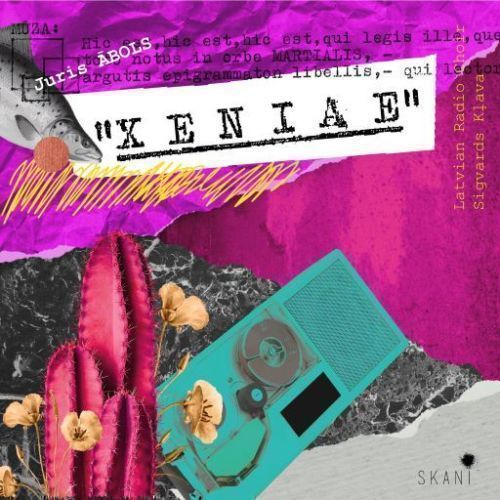 Juris Ābols was an event, a happening, an experience. To call him a composer seems like a gross understatement. The first concert of his music took place just a couple of weeks before he passed away.
Ābols was born on April 16, 1950.
We listened to his concert, titled “Tīrs Ābols” (Pure Ābols or, literally, ‘clean apple’), in Studio No. 1 at Latvian Radio on October 12, 2020. A few weeks later we learned that Ābols had died. No one knows precisely on which day it happened. He had lived alone in his small, white house in the Ziepniekkalns neighbourhood of Riga and also died alone. On the evening of October 12, Ābols had said to Dāvis Eņģelis, who was hosting the concert: “I’ve completed a full 360-degree circle, beginning with an exercise in harmony to Dadaism and back again, slowly approaching an eight-part chorus and classical harmonies. It’s a natural path. And I’m perfectly happy with it. Because I’ve achieved everything. All that’s left are the magarichas [a drink or meal to seal the deal], as the Gypsies say.”

In his music, Ābols was a describer of the Gobi Desert, a researcher of elephants and mice, an expert on normal physiology, a connoisseur of political-erotic games, a contemplative composer of crystal-clear motets, a scribe of Livonian chronicles and the Crusades, a clairvoyant of zodiac signs and an ancient priest of all kinds of knowledge who loved to write letters. He also refused to take a step without his famous colourful cap on his head.